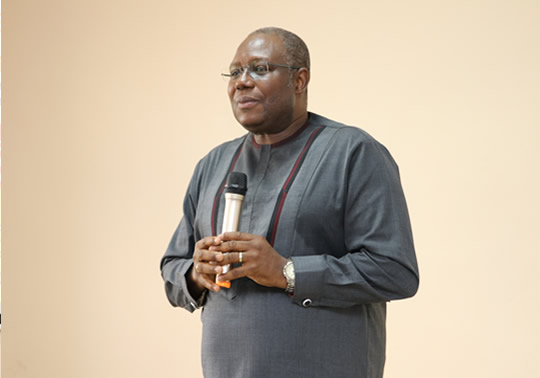 The Executive Director for the Forum for Agriculture Research in Africa (FARA), Yemi Akinbamijo, has stated that the future of the continent looks bleak following African governments’ failure to support in its youths.

Dr Akinbamijo stated this while speaking at the occasional lecture on African Youth Leadership and Entrepreneurship at the First Technical University, Ibadan, on Monday.

He also noted that creating policies should not just be enough, adding that there must be the will to implement such policies.

“What is crucial in the education system is that there is a missing middle. The missing middle is the production of fit-for-purpose graduates. I said it will be a failure if the students of this university graduate and they are writing to apply.

“They should graduate and publish vacancy announcements and that’s the difference. You have to change this mindset. The system is only as strong as its technology. So the whole idea is you have the first university of technology, but the idea to use, make the reality of it.”

The former head of Agriculture and Food Security Division at the African Union Commission Headquarters in Addis Ababa, Ethiopia added that governments in Africa must embrace and adopt technology to actualise complete growth.

“Technology is a matter of quality and quantum. Those two things are important. Nigeria the country of 200 million, you cannot be generating technologies in inches and expect to run in mass. I told you China is graduating 700,000 engineers, Africa, a continent is producing 20,000, why won’t there be a difference? Why won’t we import from China? It’s just a kind of mindset change and attitudinal change and attitudinal orientation and we will get there.

“I am not sure of policies on the continent. We roll out policies, you can fill in a whole library on policies, the biggest challenge is the will to implement those policies,” Akinbamijo added.

He noted that the lecture titled ‘The Role of Research for Development (R4D) in Key Sectors’ was necessary to give stimulant to the great work done at the university, adding that ideas and great leadership are needed to achieve even growth and development.