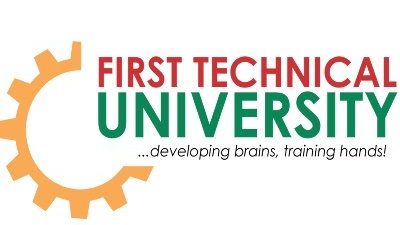 Authorities of the First Technical University, Ibadan, have not yet released the cut-off mark for admissions into the 2022/2023 session. The university authority has thus refuted recent false reports circulating in some online media indicating the announcement of such a fictitious grade.

A statement signed by the Public Relations Officer of the university, Akeem Lasisi, quoted the Vice-Chancellor, Professor Adesola Ajayi, as describing the publication as hasty, speculative, and unfounded.

“Admission process is still on at the First Technical University, Ibadan. But we have yet to announce our cut-off mark. We will, as usual, do so on our official website and other verified channels as soon as the time is ripe.

“The University appreciates the fact that, due to its stable, uninterrupted academic calendar, as well as the growing reputation of Tech-U on the national academic landscape, more parents, students, and other stakeholders are eager to connect with us. Tech-U, however, implores all interested applicants to please be patient for due admission process,” the Vice-Chancellor noted.

He affirmed that Tech-U had not announced the cut-off mark and any information contrary to this should be disregarded.
Within the five years of its coming on stream, the First Technical University, Ibadan, has grown into the reckoning, grooming total graduates who are academically, vocationally, entrepreneurial, and communicationally ready to uplift the national economy. Among its many feats, Tech-U emerged in 7th position among state universities and was ranked 27th nationally in the National Universities Commission’s recent rankings.

Because of its stable academic calendar and highly digitized operations, Tech-U graduated its first set of students as and when due in March 2022, as their matriculation was held in 2017. On graduation, the 12 graduands who made First Class were offered automatic employment and an opportunity to pursue their Master’s programs abroad.

Sequel to the tenure of its pioneer Vice-Chancellor, Professor Ayobami Salami, the University management has continued to take great upward strides under the leadership of its new VC, Professor Ajayi.